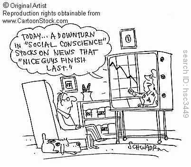 We’ve all heard the saying, ‘nice guys finish last’. And that’s putting it nicely. Because in project management in Australia, nice guys or girls sometimes don’t finish at all.

Any project manager who tip toes around issues or generally beats around the bush is going to have to get used to the sound of deadlines flying past them on a daily basis.

Sound harsh? It is. But what you’re about to read will empower you to become the greatest project manager you can be.

The secret to successful project management? Accepting that it’s OK to be an asshole. 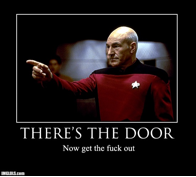 In fact, you need to be an asshole.

This is about letting go of that office popularity poll, and accepting that your extremely important role requires you to be forceful, direct and more than often, brutally honest.

Will people find it offensive? Rude? Sure some will, but anyone with an ounce of appreciation for project management will eventually accept that you’re simply doing what needs to be done to get the job completed on time. And what’s more important than that?

It’s kind of empowering isn’t it? Suddenly all those barriers and people issues that cause your eyes to pop open at 2am while blanketed in a cold sweat are starting to disappear, as you realise you are allowed to simply tell people how it’s got to be. 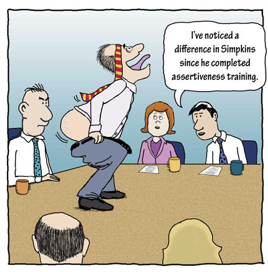 It’s the kind of assertiveness that makes people sit up, take notice and get on board.

Now, let’s clear one thing up. This green light to be an occasional nastie-pastie does have its restrictions. Your new-found directness and abruptness shouldn’t transcend beyond the project management arena. If you need to tell Bob the contractor he’s going too slow, by all means speak your mind. Just don’t throw in there that perhaps if he lost the spare tyre he could go a bit quicker. Your role is to manage and critique an individual’s contribution to the project, nothing more. Cross the line and you’ll lose their respect and just become plain old mean. Plus no one will want to have a drink with you on Friday.

So now we’ve cleared that up, let’s take a look at how your new attitude will instantly improve your project management abilities. 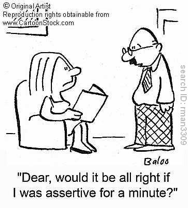 As you would know, all new projects commence with clearly defining the scope of the project. This is where your people management skills come into play, as you preferably are able to get all the key stakeholders together at the one time to discuss expectations and identify any incongruity between what people think is going to happen and what can actually be delivered.

No longer worrying about trying to please everyone, this is your chance to tell these stakeholders exactly what they can expect and when. Don’t let them bat their eyes and coerce you into a leaner timeline.  Chances are you’ll only miss it anyway due to those unforseen delays. You know what’s doable and what’s not. So tell them how it is. At the end of the day, they’ll remember whether or not the project was completed on time, not how nice you were. 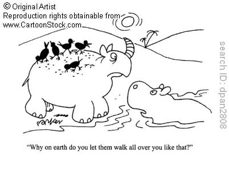 Now the scope is defined, it’s time to start clearly defining work tasks and properly assigning them. Say for example you are in charge of an office fit-out, and it’s time to organise the signage. When talking to the supplier, ask the hard questions upfront. Is the quoted price the best they can do? Will that vinyl colour look the same under sunlight? Why can’t their tradesmen begin earlier? Will cost reductions apply if the trade work isn’t completed by the stated deadline?

At the end of the day, this supplier needs project managers like you to bring them business. So don’t settle for blasé responses or a “she’ll be right” attitude. This lackadaisical Aussie attitude wouldn’t be tolerated anywhere else. Demand clear promises and deliverables. And if you don’t get it, go somewhere else. 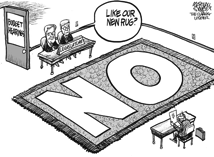 As you can probably tell, good project managers say ‘no’ more often.

They don’t get bossed around, or let the meaner stakeholders intimidate them so that their tasks are seen to first. You’ve got to apply the same harsh line to all stakeholders. Take pity on and be extra nice to one, and they’ll expect it all the time. Chances are as you climb the ranks of project management with your new meaner approach, you’ll need to say ‘no’ more often in your personal life too. Don’t have time to meet a friend for your weekly lunch? Then cancel it. There will always be next week, and like we said, you can’t please everyone.

This new hard-as-cement attitude can even help you land an even better role in project management. Cross that line out on your resume about ‘a natural ability to get along with all people’ and change it to ‘a natural ability to be direct, frank and sometimes brutally honest’, and see if it doesn’t catch your potential new boss’s eye.

Right, that’s enough of a pep talk. Now it’s time to look yourself in the mirror and say ‘no more Mr Nice Guy’. And Hello Mrs or Mrs Project Manager extraordinaire.